It has been a wet and hot summer so far but hard to believe that August is here already.

Our new book for the Reading Between the Spines is The Bookshop by Penelope Fitzgerald.

n 1959 Florence Green, a kindhearted widow with a small inheritance, risks everything to open a bookshop – the only bookshop – in the seaside town of Hardborough. By making a success of a business so impractical, she invites the hostility of the town’s less prosperous shopkeepers. By daring to enlarge her neighbors’ lives, she crosses Mrs. Gamart, the local arts doyenne. Florence’s warehouse leaks, her cellar seeps, and the shop is apparently haunted. Only too late does she begin to suspect the truth: a town that lacks a bookshop isn’t always a town that wants one. This new edition features an introduction by David Nicholls, author of One Day, along with new cover art.

Fitzgerald launched her literary career in 1975 at the age of 58, with “scholarly, accessible biographies“[7] of the Pre-Raphaelite artist Edward Burne-Jones and two years later of The Knox Brothers, her father and uncles, although she never mentions herself by name. Later in 1977 she published her first novel, The Golden Child, a comic murder mystery with a museum setting inspired by the Tutankhamun mania earlier in the 1970s. The novel was written to amuse her terminally ill husband, who died in 1976.

Over the next five years she published four novels, each connected in some way with her own experiences. The Bookshop (1978), which was shortlisted for the Booker Prize, concerns a struggling bookstore in the fictional East Anglian town of Hardborough; set in 1959, the novel includes as a pivotal event the shop’s decision to stock Lolita.[8] A 2017 film adaptation entitled The Bookshop starred Emily Mortimer as Florence Green and was written and directed by Isabel Coixet.

Fitzgerald won the Booker Prize for 1979 with Offshore, a novel set among residents of houseboats in Battersea in 1961. Human Voices (1980) is a fictionalised account of wartime life at the BBC, while At Freddie’s (1982) depicts life at a drama school.

In 1999 Fitzgerald was awarded the Golden PEN Award from English PEN for “a Lifetime’s Distinguished Service to Literature”.https://en.wikipedia.org/wiki/Penelope_Fitzgerald

2. The image of the heron and the eel on the novel’s first page reappears later in the novel. How does this image relate to Fitzgerald’s statement about Florence Green: “She blinded her-self, in short, by pretending for a while that human beings are not divided into exterminators and exterminatees, with the former, at any given moment, predominating”? Are other images related to the theme of “exterminators and exterminatees”?

3. Referring to Violet Gamart, Mr. Brundish distinguishes between force and power. Is the implication that force cannot dislodge Florence, but power can? What constitutes Violet Gamart’s power and what forces does she bring to bear on Florence? In what ways does Florence try to resist Mrs. Gamart’s power?

4. Why do Mr. Raven and Mr. Brundish admire and support Florence, however ineffectually? What is the significance of these two remaining representatives of the old ways being unable to protect Florence and themselves against the machinations of the new society?

5. Does Christine Gipping embody the values, attitudes, and expectations of Hardborough’s society? Is it merely that, “Like all the Hardborough children, she had learned to endure”? Whatare the defining features and consequences of her relationship with Florence?

6. Of Milo North, Fitzgerald writes: “Gentleness is not kindness. His fluid personality tested and stole into the weak places of others until it found it could settle down to its own advantage.” What weak places in Florence and others does Milo find to exploit, and what advantage does he gain? How may we explain Florence’s misjudgment of Milo?

7. Florence is repeatedly described as “kind” and “courageous.” Is kindness her greatest asset or liability? In what ways does her kindheartedness complement or undermine her courage?

8. Is Vladimir Nabokov’s once controversial Lolita important in this novel beyond its role as a plot element? How does Florence go about deciding whether to stock the book? What does her approach reveal concerning her strengths and weaknesses, as a lover of books and as a businesswoman?

9. Does the final image of Florence on the train to London, “with her head bowed in shame,” ring true? Does she feel shame for herself, for Hardborough, or both? 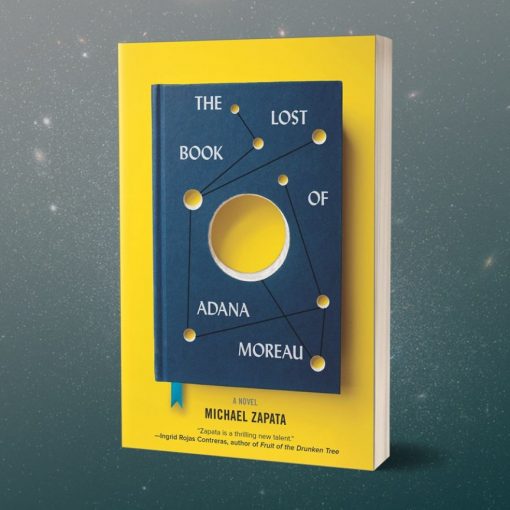 Summer is here at last or at least that is what the calendar indicates. Many feel that 2020 has been a blowout […]