Summer is here at last or at least that is what the calendar indicates. Many feel that 2020 has been a blowout year but it has certainly made us look at our lives and how we go about doing things. I think the fact that it has slowed us down to a certain extent and I don’t know about you but I have definitely read more and been outside for walks more. I hope you will enjoy this one-it is available through Hoopla-Book Club Recommendations. Enjoy!

In 1929 in New Orleans, a Dominican immigrant named Adana Moreau writes a science fiction novel titled Lost City. It is a strange and beautiful novel, set in a near future where a sixteen-year-old Dominican girl, not all that unlike Adana herself, searches for a golden eternal city believed to exist somewhere on a parallel Earth. Lost City earns a modest but enthusiastic readership, and Adana begins a sequel. Then she falls gravely ill. Just before she dies, she and her son, Maxwell, destroy the only copy of the manuscript.

Decades later in Chicago, Saul Drower is cleaning out his dead grandfather’s home when he discovers a mysterious package containing a manuscript titled A Model Earth, written by none other than Adana Moreau.

Who was Adana Moreau? How did Saul’s grandfather, a Jewish immigrant born on a steamship to parents fleeing the aftershocks of the Russian Revolution, come across this unpublished, lost manuscript? Where is Adana Moreau’s mysterious son, Maxwell, a theoretical physicist, and why did Saul’s grandfather send him the manuscript as his final act in life? With the help of his friend Javier, Saul tracks down an address for Maxwell in New Orleans, which is caught at that moment in the grip of Hurricane Katrina. Unable to reach Maxwell, Saul and Javier head south through the heartland of America toward that storm-ravaged city in search of answers.

Blending the high-stakes mystery of The Shadow of the Wind, the science fiction echoes of Exit West, and the lyrical signatures of Bolaño and Márquez, Michael Zapata’s debut shines a breathtaking new light on the experiences of displacement and exile that define our nation. The Lost Book of Adana Moreau is a brilliantly layered masterpiece that announces the arrival of a bold new literary talent.

Biography:
Michael Zapata is a founding editor of the award-winning MAKE Literary Magazine. He is the recipient of an Illinois Arts Council Award for Fiction; the City of Chicago DCASE Individual Artist Program award; and a Pushcart Nomination. As an educator, he taught literature and writing in high schools servicing drop out students. He is a graduate of the University of Iowa and has lived in New Orleans, Italy, and Ecuador. He currently lives in Chicago with his family.

What kind of a person do you think Saul was until this point?Why does this inspire him to take action? Why now?

Do you have any theories yet as to how Saul’s grandfather obtained this copy of “A Model Earth”?

This is also a story about exile. In what ways are the characters exiled and how do they cope?

What are your thoughts on this book? Would you recommend it to a friend? 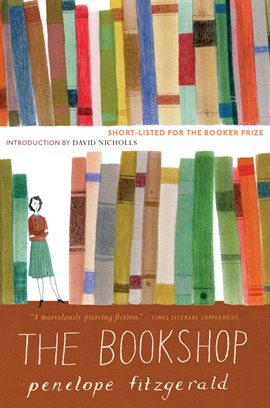 It has been a wet and hot summer so far but hard to believe that August is here already. Our new book […]